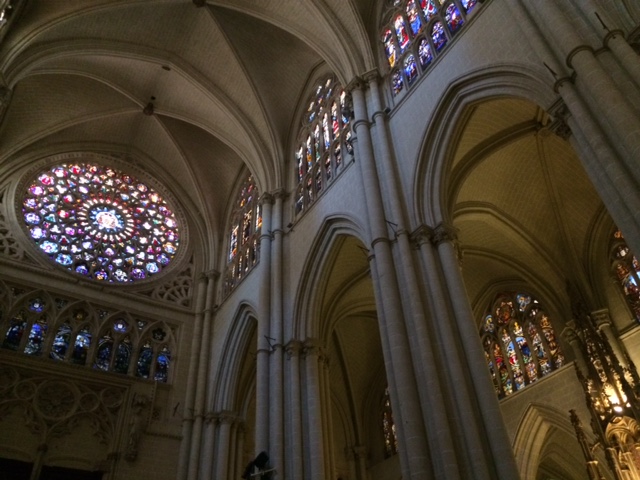 When I told people I was going to be studying abroad in Prague in Spring 2014, most responses from my friends and family were along the lines of “Where is Pray-g?”  During my first conversation with my parents about the trip, my dad still thought Prague was in Czechoslovakia. Upon initially discovering the program, I’ll admit I had a similar reaction (and my own share of pronunciation mistakes). I had come across the program almost by chance – before then, I hadn’t given much thought to the Czech Republic aside from the vague memories of trying to figure out how to say “Czech” in high school while I was learning the capitals of Europe. But I decided I wanted to try something outside of my comfort zone. I ended up living next to a castle for four months eating goulash, fried cheese, and dumplings, and gaining a newfound appreciation for travelling and world experience.

These days, if someone asks me about Prague, they will need to settle in for a long conversation about its history, art scene and unique culture. I came back to the US a changed person: someone with newfound independence and knowledge from living and travelling abroad, and also as a total beer snob. Czechs love their Pilsner. I look back at my decision to study in Prague and consider myself extremely lucky that I made the choice to travel to somewhere less well known, tempting as it was to go to Australia or England.

I had more freedom in Prague than I knew what to do with. I could get on a bus for 30 dollars and find myself in a different country 2 hours later. It was all a bit overwhelming in the beginning, so I tended to stick close with my friends and follow the crowd; I was fine just going along with whatever everyone else wanted to do. But after a few trips with a dozen or so students, I found that travelling with a big group wasn’t really my style. Trying to coordinate with so many people was exhausting, and I was getting tired of the strict itineraries the others seemed to favor – my favorite part of exploring a new city is wandering around and getting lost (while mentally thanking Vodafone for its free location services on my smart phone so I could find my way back), then figuring out what I wanted to do once I got to know the place. Unfortunately, it was difficult to convince my classmates to nix the museums in favor of wandering around all day in the chilly Central European winter.

I found a few people who I was more compatible travelling with and it made a world of difference. I also got the opportunity to travel with someone I’d never gone travelling with before: myself. I decided that I wanted to try going on a trip alone.

Getting on a bus to Vienna by myself was pretty terrifying, but I made it out alive and changed for the better. Travelling by myself was one of the most challenging and nerve-wracking things I’ve ever done, but also one of the most rewarding. When I travelled with a group, it was easy to stay in my safety bubble where I didn’t have to do anything that made me uncomfortable or interact with anyone outside my group.

When I was in Vienna alone, I had to do something I never had to do when travelling with a group: talk to people. It wasn’t easy since I’m usually pretty introverted, but the interactions I was forced to have ended up being some of my coolest abroad experiences. I shared a room in my hostel with three other twenty-something year old women, two of them traveling together and one of them by herself. I formed a connected with the woman travelling by herself – a Portuguese nurse  – and we shared stories about our lives and our travels. On the way home, I ended up chatting with a German guitar player about the Big Bang Theory. In the end, I was grateful for being forced out of my comfort zone because it made me more comfortable with the world around me.