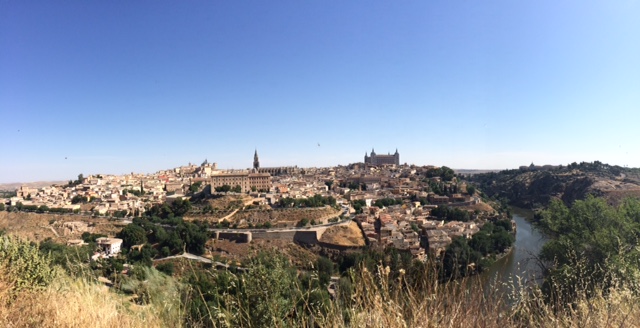 Over a quarter-century has passed since the collapse of the Soviet Union, but stability has yet to be attained in all of the former Soviet Bloc countries. A major contention among some of these countries was the decision to align with either the East or the West. This led to other tensions, such as territorial disputes. These issues have plagued South Ossetia since the territory declared independence from Georgia in 1990.

25 years and two wars later, the separatist region of South Ossetia is in a frozen conflict with no reconciliation in sight. However, the question over potential war crimes committed during the Russo-Georgian War of 2008, known as the first European war of the twenty-first century, may reach a resolution in the near future.

In October 2015, the International Criminal Court (ICC) announced its intent to investigate claims of war crimes in Georgia during the 2008 Russo-Georgian War. While the full-scale conflict of this war lasted for less than a week, it tore apart the Caucasian country. The war was fought between the Russian-backed breakaway territories Abkhazia and South Ossetia against Georgia. The conflict resulted in no resolution on the statehood of the separatist regions.

The Georgian government did not recognize this move, and revoked the autonomous status of South Ossetia in an attempt to quell the separatist movement. War broke out in early 1991 when Georgia proper invaded the self-declared republic. A ceasefire was brokered by Russia in mid 1992, with South Ossetia being de facto independent but still internationally recognized as part of Georgia.

The status quo established by this peace broker lasted until the Rose Revolution of 2003, which overthrew the leader who helped to establish the aforementioned ceasefire. The new leader, Mikheil Saakashvilli, promised to regain control of both separatist regions. As a way to stem the financial resources of these groups, the Georgian police shut down the black markets in South Ossetia, which provided a major source of economic revenue for the region. Temporary violence broke out, but were quickly settled.

Georgian President Saakashvilli established a unilateral ceasefire on 7 August. The separatist militia amplified the conflict by intensifying attacks on ethnically Georgian villages. The Georgian response was a large-scale military operation made up of over 10,000 Georgian troops.

With Russia’s increased presence, Georgia was forced out of South Ossetia; the military infrastructure of Georgia was destroyed by airstrikes carried out by Moscow. The capital of South Ossetia, Tskhinvali, was left devastated after being captured by Georgia. Civilian casualties in the capital were reported to be 162 by Russian sources.

On 12 August, less than a week after the full-scale conflict began, Russian President Dmitry Medvedev announced an end to the “peace enforcement” operation in Georgia. Over the next few days, a peace plan was signed by Georgia, South Ossetia, Abkhazia, Russia. While this plan did stop further use of force, it did not state that Russia must pull troops out of South Ossetia or Abkhazia.

Later in August, Russia officially recognized South Ossetia as a sovereign state. In response, Georgia cut all diplomatic ties with Russia. By the end of 2008, Nicaragua, Venezuela, and Nauru joined Moscow in recognition of South Ossetia.

Since the end of the war, Georgia has claimed that both Abkhazia and South Ossetia are under Russian occupation and recognizes both territories as legally part of Georgia.

Reports indicate that South Ossetians killed two Georgian peacekeepers, while Georgians killed ten Russian peacekeepers and a medical facility; these are the actions being investigated as war crimes. South Ossetian forces are being accused of murder, destroying the property of an adversary, and pillage in the context of armed conflict. The Georgian military units under investigation received United States military training.

The role of Russia in the purported war crimes is unclear, as reports from various sources have a range of claims from Russia participating in the crimes to Russia preventing the crimes. At the moment, it does not appear that Russia was “among those most responsible for these crimes.”

The ICC has reported that this case has been in progress for over two years. Prosecutor Fatou Bensouda has stated that both Russia’s and Georgia’s investigations are no longer sufficient, and there is “a reasonable basis” to believe that crimes were committed in the court’s jurisdiction. With ICC jurisdiction only covering member countries, only Georgian crimes, and not Russian crimes, fall within coverage. Due to this, Bensouda has said that the primary focuses of the investigation will be South Ossetia and Georgia.

Some are fearful that this case will increase East-West tensions, which have reemerged in recent years over events such as Crimea’s annexation and Russian involvement in the Syrian Civil War. The ICC is also looking into opening up investigations in Ukraine, which would further strain these relationships.

There has been fear of Russia annexing South Ossetia to reunite the state with its Northern Ossetian counterpart. Initial comments on this fear denied this, though on 19 October 2015, de facto South Ossetian President Leonid Tibilov announced plans to hold a referendum on this issue, the third since 1922. It remains to be seen what will happen for South Ossetia’s future as part of the Russian Federation, as Moscow faced an international outcry over its annexation of Crimea.