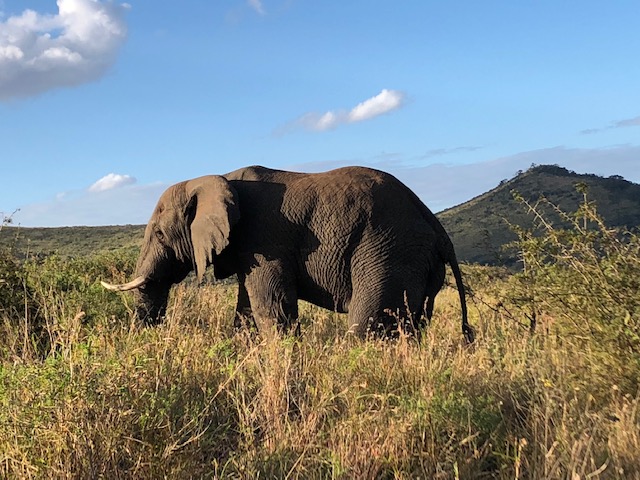 Story and Photo by Noa Dalzell, Dialogue of Civilizations

Last summer, I embarked on the “Right to the City” Dialogue of Civilization in South Africa, led by Professor Liza Weinstein. We visited the country’s three largest and most politically significant cities — Johannesburg, Durban, and Cape Town — and I hate to embrace the Northeastern Dialogue cliche and say it was a life-changing experience, but it genuinely was. We studied the economic and spatial disparities of post-Apartheid South Africa, through the perspectives of various local people who invited us into their homes, cooked us authentic cuisine, emotionally recounted their Apartheid experiences, and toured us around their neighborhood. The trip served as an incredible opportunity to immerse myself into a new and unique culture, while studying a historical phenomenon that has always fascinated my intellectual curiosity.

I’ll recap what Apartheid was for those who might need a refresher (and judging by some post-trip conversations, it seems that Apartheid was overlooked by many American school systems). Apartheid was a system of institutionalized racial segregation that existed in South Africa from 1948 to the early 1990s. The Apartheid government, known as the Afrikaner Nationalist Party, classified all South Africans into one of four racial groups: Blacks, White, Coloured or Indian, and prohibited things like sexual and marital relations between white and non-white people. Perhaps most notoriously, the Apartheid government evicted 3.5 million non-white South Africans from their homes and pushed them into distant neighborhoods. Most of the Black population was restricted to designated tribal homelands known as bantustans.

During our time in South Africa, it became clear that while Apartheid may have technically ended with Mandela’s presidency, the spatial segregation it created has not been effectively reversed. Perhaps the best representation of this segregation was in Johannesburg, where we conducted a driving tour of the wealthy, white suburb of Sandton, and then proceeded to the nearby Black township of Alexandra. In Sandton, we observed exorbitant wealth, huge suburban homes, American-style shopping malls and architecture, and a level of “modernity” that we hadn’t otherwise seen in Joburg. Just minutes after driving through Sandton, our bus pulled up at Alexandra, where we were overcome with shock. The houses in the township appeared to be shacks made of aluminum, with roofs held together by an assortment of random objects such as plates, stones, and cloth. The air reeked of the trash that inundated the streets, but children ran through, unbothered. We learned that Alexandra is the most densely populated township in all of Africa, and that it was the only urban area in South Africa where blacks retained the right to own property during Apartheid. This overpopulation was evident; houses touched one another, and our group of twenty-four had trouble fitting on the narrow pathways that led from one home to another.

As a class, we read the book “City of Extremes” by Martin Murray, which critiques the post-Apartheid, urban development of Johannesburg. Murray writes, “Like other urban regions in South Africa, greater Johannesburg is characterized by a distinctive spatial pattern left over from Apartheid: low-density, high-income, well-services, and largely white residential suburbs close to work opportunities and leisure activities, on the one hand, and expansive, impoverished, sprawling, poorly serviced black townships and informal settlements locate at the urban periphery, on the other hand.” We noticed this spatial pattern the moment we crossed over from Sandton to Alexandra, and watched the far-apart white homes with expensive cars abruptly turn into shacks that touched one another. This same sort of pattern was ubiquitous in Durban and Cape Town.

South Africa has made tremendous progress in many ways, but our time there showed us severe spatial segregation and economic disparities that, in many ways, surprised us. It was an incredible month that exposed us to injustices I never would have otherwise imagined, and as a political science major, it opened my eyes to many of the challenges and shortcomings of urban development.