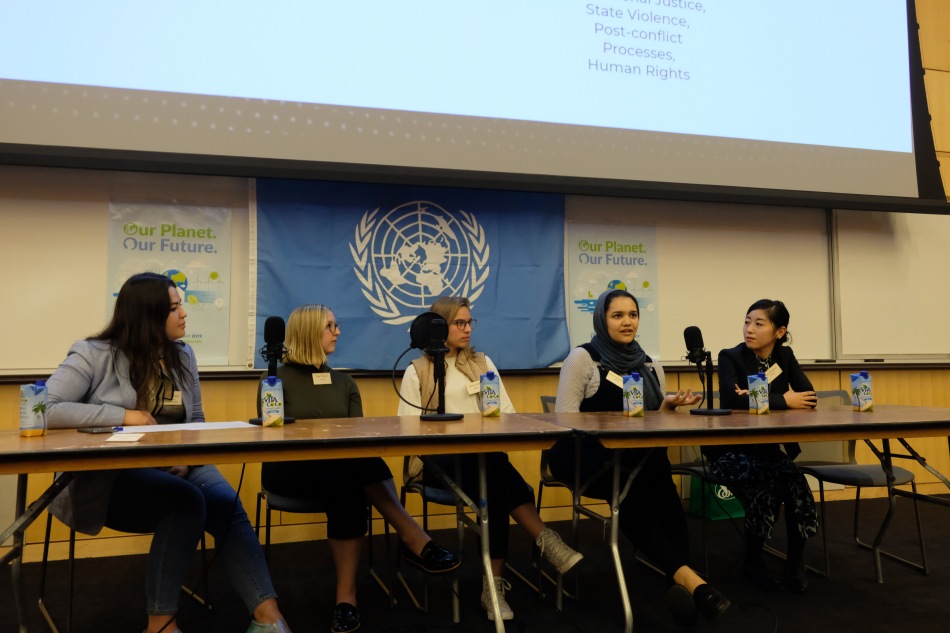 As Northeastern’s global perspective creates a platform encouraging intercultural exchange both on campus and abroad, it is necessary to recognize the global institutions, policies and culture that facilitate and regulate this exchange on a global level. 24 October 2019 marked the 74th anniversary of the most prominent international institution in the world, the United Nations, and the Northeastern chapter of the United Nations Association of the United States of America (UNA-USA) celebrated. UNA-USA is a grassroots movement dedicated to mobilize citizens to support and advocate the goals of the UN, and UN Day took us one step closer to realizing this goal. The UN’s role in the international experience, inevitable in this globalizing world, was discussed alongside students, professors and alumni. 74 years of peacekeeping, international diplomacy and constructive steps towards achieving the UN Sustainable Development Goals (SDGs) were recognized.

The event’s first panel was on Sustainable Development Goal 16: Peace, Justice and Strong Institutions, which aims to strengthen and hold governments, international organizations and other institutions accountable, further making peace, justice, law and security the new global norm. UNA Northeastern President Elina Mariusta, who moderated the panel, started by telling us her adolescent international endeavors, including firsthand institutional injustices in Greece during the refugee crisis and volunteering in America during Hurricane Katrina. Undergraduate student Bouchra Benghomari (Class of ’21, B.S. Cellular/Molecular Biology, Global Health) opened the window of hope as she discussed how crucial UNICEF medical aid is for herself and her Algerian community. The importance of the structure and mission of the institutions themselves was also amplified. Elise Pitcairn from World Boston, an institution that hosts programs and networking events to facilitate citizen involvement, explained the importance of spaces specially designated for global dialogue. However, while such high-level dialogue is crucial, Professor Risa Kitagawa illustrated how the powerful and policymakers often give leeway to dialogue that formulates new international norms, explaining that such dialogue should mature to include the perspectives of the marginalized and those affected hardest by issues. Not only is socio-cultural inclusion necessary in the international discussion, but so is a multidisciplinary approach, fourth-year mechanical engineering student Melissa Rath concluded. Rath described how global problems like climate change can be tackled from the information technology dimension though new technologies, on top of the political dimension. However, while we may see global institutions like the UN as responsible for making change, educational institutions and their students also have the resources and opportunities to make change, innately assigning responsibility to our Northeastern student body.

Panelists of different research fields and academic specialities found common ground in their passion for Goal 13, Climate Action, a highlighted topic during this year’s UN General Assembly. The diversity of backgrounds highlighted the global and multidisciplinary characteristic of climate action as it pertains to environmental-scientific elements and social-cultural impacts. As a UNA Northeastern Research Fellow, I addressed the socio-cultural aspects of climate change, introducing the topic of the shift from the climate change movement towards the climate justice movement. Climate justice sees the ethical, social and political elements of climate change, and addresses the disproportionate impact on marginalized communities. Riccio emphasized her work at the Social Impact lab which educates Northeastern students on philanthropy and how to navigate institutions to bring about justice. Thornton underlined her experience at the Conference of the Parties environmental negotiations on the international stage. Gibbes, O’Donnell and Helmuth discussed the relevance of field work on furthering the climate change movement. They posited a theme of the disproportionate geographical effects of climate change and pollution on the domestic level, between the particle matter concentration between Boston transportation stations, and on the global level, on how some organisms can adapt more easily to global warming than others. The  panelists highlighted the importance of institutional and corporate intervention, and the recognition of scientific and social aspects of climate change to bring about climate justice.

Ryan Kaminski, the Senior Program Manager for Human Rights at the UN foundation, and Micheal Green, the leader of nonprofit ClimateXChange and Northeastern alumni, both illustrated how UNA Northeastern could push our agenda forward beyond UN Day. Kaminski discussed the large-scale problem of climate change as a human rights issue, focusing on its effects on different cultures and industries. However, he  also proposed tangible solutions students could take, encouraging UNA Northeastern to map the university’s progress across SDGs. Green shared an experience on a Dialogue of Civilization to Geneva, where his desire to take part in climate action discussions involved him into cutting through security at the UN headquarters, taking unaccompanied documents and attempting to decode them with his peers in his dorm. He now serves as representative to the UN, and was named by President Obama  a Champion of Change, showing how students have the potential for impactful institutional change beyond the grassroots.

UN Day catalyzed conversation for the UN mission and SDGs between a diverse group of individuals.  Moving forward with our mission, we will take Dave Cavell’s – candidate for the Fourth District in Massachusetts House of Representatives and Presidential Speechwriter for President Obama – message to us youth in changemaking positions to persist and to pick yourself up even after multiple factors set you back.

Would this be better instead?

Moving forward with our mission, we will take President Obama’s Presidential Speechwriter and candidate for the Fourth District in Massachusetts House of Representatives, Dave Cavell’s, message with us. Cavell pushes us youth in changemaking positions to persist and to pick ourselves up, even after multiple factors set us back. 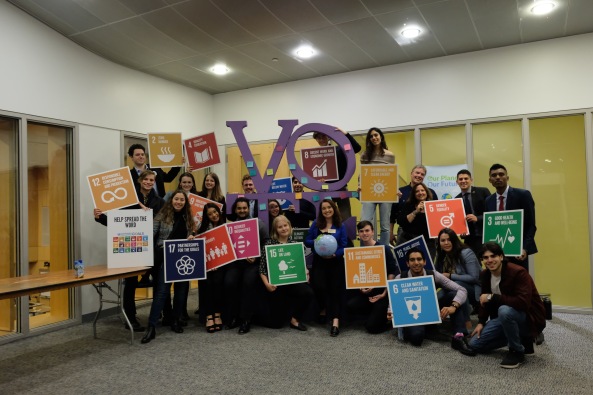