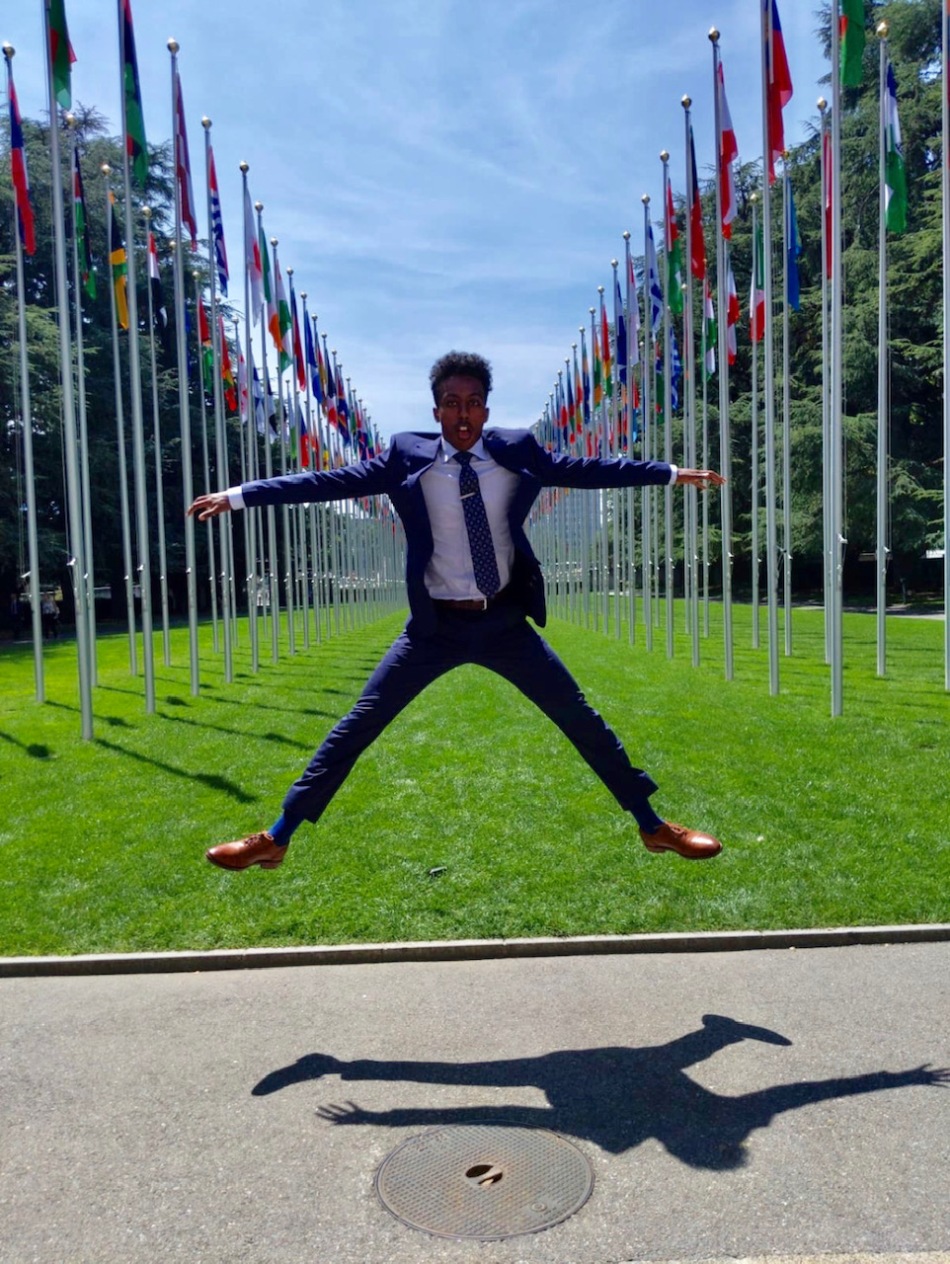 We all have colorful expectations of studying abroad. Whether the charm lies in experiencing native cuisine, absorbing the local culture or attempting to speak a foreign language with the people of the country, most of us welcome the opportunity to study outside the United States with open arms. Prior to my arrival, I anticipated that my time in Switzerland would most likely be spent as a tourist, rather than as a full-time student. My visions of playing soccer in parks with locals, sampling authentic Swiss chocolate and stepping into the United Nations Office in Geneva truly animated me in the months leading up to my trip while setting the stage for my greatest travel story yet. Instead, my time abroad allowed me to delve into the intricacies of international law and development policy during my time researching at the UN, while also gaining more of an appreciation for the work that global organizations do.

It is worth mentioning that my time in Geneva coincided with the 100th anniversary of the founding of the United Nations – formerly named the League of Nations established in 1919. It was created as a coalition of states that would protect and assist the liberal transformation of the international system. After a century of mediating military conflict and organizing humanitarian initiatives, the United Nations has continued growing in stature, while providing its member states with a viable forum to address global issues. I still, however, failed to fully comprehend the significance of the UN’s undertaking, and what the UN as an institution meant to the international community, until after my time abroad.

With all this being said, my family did have some familiarity with the United Nations. One of my aunts had previously worked for UNICEF as Chief of Human Resources for Emergencies for 30 years. At different family gatherings, she would tell my brother and me about her fieldwork with UNICEF to bring immediate relief to war-torn parts of the Middle East or helping state governments formulate response plans to humanitarian crises in Africa. Whenever she told me about her time working in the UN I was always impressed, but not inspired. The important distinction here is that I always found her line of work admirable, but I was never galvanized by these anecdotes to take my own initiative in this field – that is, until I spent a month in Geneva this past summer.

Geneva is the humanitarian capital of the world. There is no other city on the planet with such an immense concentration of intergovernmental agencies that are aid or development-oriented. This is by no means a new phenomenon. Geneva has been a beacon of international cooperation since the construction of the Palais de Nacion and is a true manifestation of a global city. Those that work for the UN and subsidiary organizations choose to come to Geneva because they recognize the value in creating a safer, more equal world for people everywhere.

While the academic intent of our trip was to explore the issues of disarmament and human security, I left Geneva with many intangible lessons. After speaking and listening to the honorable former judge and apartheid activist, Albie Sachs, I found more value in the mantra “Love your brother.” Likewise, the speakers, which consisted of ambassadors, Nobel laureates and NGO representatives that met with our delegation, all possessed one thing in common: a special dedication to ensuring the sustainable growth of peoples and nations everywhere. Despite coming from entirely different professional backgrounds, these individuals collectively motivated me to look beyond my national perspective and to embrace my global identity. Over the course of my trip, I gained a newfound respect for all the work that goes into keeping the international community more secure. More importantly, I understood that the greatest asset we have as humans is the ability to cooperate. This is what makes Geneva so special. Beyond the city’s amazing commitment to humanitarian ideals and its hopeful interdisciplinary professional community, it is at its core, a place that exhibits the best intentions that humankind has to offer.