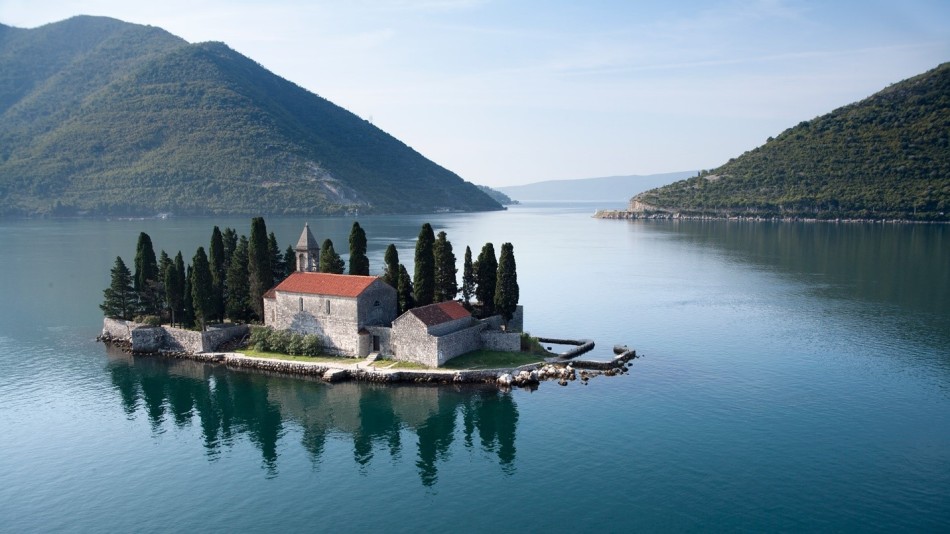 When Americans hear the term “Balkans”,  their first thought, if they recognize it that is, depicts graphic TV footage from the 90s, showing refugees running for their lives and dictators abusing their office. Indeed, the tragic Yugoslav Wars wreaked havoc on the people from the Eastern Europe, resulting in the deaths of 140,000 people. In the eyes of the outside world, the Balkan peninsula was a land defined by violence. Unfortunately, that opinion still persists today, more than two decades later. Last summer, I wondered to myself about what life looks like for people in an ex-soviet, middle income country led by a president who calls himself a king. To find out, I booked some flights to Montenegro.

When I mentioned my trip plans to friends back home, they had a couple of different responses, none of which were overwhelmingly positive. Most hadn’t ever heard of Montenegro, and those that had, such as my parents, were a bit apprehensive about my plan. The memories of the TV war footage from 20 years ago still clouded their opinion greatly. The term “Balkan” triggered images of the  notorious Slobodan Milosevic and the violence in the streets. The most common question was, “Isn’t that dangerous?” In fact, Montenegro has a lower crime rate than the United States, and the quality of life has risen steadily since 2006, when it separated from Serbia to form its own nation. Like many other countries with troublesome pasts, Montenegro and its Balkan neighbors must face the prejudiced perspectives created by their past .

On the flight from Boston, I tried to picture what lay ahead. My research on the country, a Google or two, had shown me stunning beaches and idyllic countryside, but the premonitions of my friends and family still rang in my ears. I couldn’t shake the idea that I was entering a land of brusque people and unfriendly faces. Needless to say, I was totally unprepared for the energetic taxi driver who cheerily told me how much I was going to love his country. The genial disposition of my hosts didn’t end there either; when I entered my hostel through an arched passage, I received a cheer from a group of friends sharing a drink in the courtyard. Almost in unison, they greeted me with raised pints and broad smiles. I was home!

For two months, I lived in Kotor, Montenegro. It’s a gorgeous Adriatic coastal town surrounded by towering cliffs and tranquil bays. Perhaps most famously, it’s the site of James Bond’s poker game in “Casino Royale.” I spent my time trail running through the rugged peaks of the Dinaric Alps and exploring the countless villages tucked into the countryside. Incidentally, I also took classes online, but that’s sort of secondary.

As it happens, I really did feel at home in Kotor. The locals were hospitable, and although most didn’t speak a word of English, we got along extremely well. At the market down the road, I met a few local women who seemed to like nothing better than inquiring about my bachelorhood. I found the language barrier to be negligible, for with the help of google translate and expressive gesticulation, we managed to have extensive conversations. They demanded to know why, at my age (19), I lived alone without a wife or girlfriend to speak of. Throughout my stay in Kotor, that topic seemed to be of great import for inquisitive locals. The fishermen on the pier asked that same question time and time again and refused to accept any of my offered excuses. Admittedly, after weeks of rubbernecking past the long-legged and sharp featured women that one finds on the Dalmation Coast, I asked myself the same question. Their high cheekbones, hazel eyes and jet black hair created an oddly exotic look which I found mesmerizing.

They’re a distinctive people, the Montenegrins, if not simply for their impressive stature, which as Google informed me, is 2nd only to the Dutch. As I wandered around at my unremarkable 5’9”, nearly every man, woman and child towered over me.

Apart from their peculiar interest in my love life, or lack thereof, the Montenegrin locals who I got to know demonstrated overwhelming friendliness and hospitality. While somewhat aloof, their love of country is infectious. They understand that they were blessed to live in a natural treasure chest of grandeur and tranquility, of which the outside world had taken little notice. It’s a good thing too, I say. The sleepy villages which hug the coast in the Bay of Kotor wouldn’t benefit from the introduction of two lane highways and exit ramps on which the Western World relies. The Montenegrins enjoy their peace and quiet. The British poet Lord Byron described it best when he observed, “At the moment of the creation of our planet, the most beautiful merging of land and sea occurred at the Montenegrin seaside.”

Everyone knows not to judge a book by its cover, yet we’re constantly guilty of doing just that. The images of violence and conflict are two decades old, yet somehow, they still define the western view of the region. After three months in the region, I learned an important lesson: don’t presume to know another culture until you’ve experienced it yourself. My preconceptions of the Balkans were based on outdated ideas which didn’t reflect the vibrant way of life I found nor the untroubled people I met in this part of the world. The only reminders of the Yugoslav Wars are the overgrown garrisons entombed in the hillsides. The people of this country have clearly moved on from the past, and it’s high time the rest of the world does too.