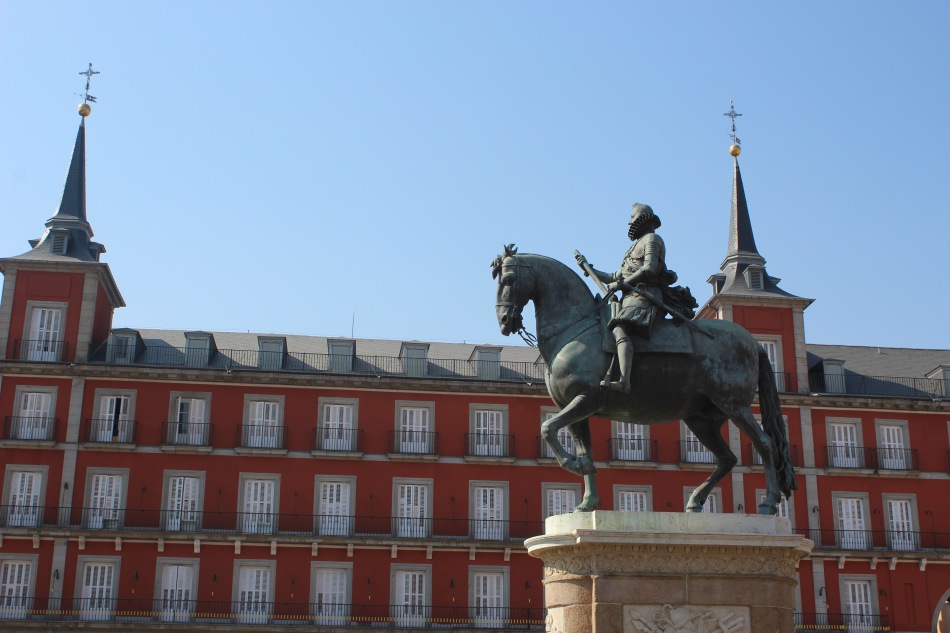 I’ve always been taught that there’s at least two sides to the same story. This is true both in everyday arguments over who ate the last piece of cake to long standing conflicts like the one between Catalonia and the rest of Spain. But this conflict can also happen within a person. Especially in the present generation, we come from a multitude of backgrounds, each boasting a unique and colorful culture.

I was born in Madrid, Spain, but moved to the United States with my family soon after I was born. I grew up in a small town in upstate New York, visiting my family in Spain once or twice a year. I’ve always felt most Spanish when I’m in the U.S. and most American when I’m in Spain, but to strangers I seem like a local in both places. Sometimes, I feel like I live in both places simultaneously.

Globalization plays a continuous role in my life. I struggle with a very modern dilemma: how do I maintain my identity and beliefs while also accepting globalization and the intermixing of cultures and peoples? Often, this feels like being torn between two realities. My competing backgrounds come out at different times, depending on who I’m interacting with or what kind of environment I’m in. Being completely bilingual plays into this, as I have no foreign accent when I speak Spanish or English. Before entering college, I always felt as if my life was a constant game of choosing which face to put on from day to day.

At Northeastern, I chose to pursue my first co-op position in Madrid, Spain. I’d never lived for an extended time in Spain, so I thought it would be a chance to explore my Spanish side. I managed to land an internship working for the U.S. Commercial Service at the U.S. Embassy in Madrid. It has turned out to be the perfect position, representing an engaging, ever-changing education with the social and cultural aspects that I love about Spain. At the U.S. Commercial Service, I work to bridge gaps between Spanish and American companies, an experience that taught me a lot about miscommunication and what problems ignorance can cause, as well as emphasizing the unique differences my two identities. Spain is a country that attracts tourists because of its deep history and long-standing traditions. The United States is known for its skyscrapers in New York City and technological innovation in Silicon Valley. These two contrasting worlds I was tasked with creating a connection between.

To me, that’s what co-op is about: choosing a time and place that will not only help you grow professionally, but personally. I’m learning things about myself that I never could in Boston, both in work and outside of it. I discovered which parts of Spanish-me I like the most and the least, and the same goes for my American side. For instance, peanut butter is a part of my American side that I am just not willing to throw away, while regaettón music will never fail to make me dance.

Before my co-op started, one of my friends from Northeastern came to visit me. I showed him around the city, and at night we visited Plaza Mayor with my boyfriend, a Madrid native, so that he could try a “bocadillo de calamares.” The situation was bizarre, but in this day and age more and more normal: a Spanish-American girl spending time with her Nigerian friend that she met in France on a trip with an American university, and her Spanish boyfriend, whose first language isn’t English. These are the kind of moments that I treasure. My multiculturalism not only makes me who I am, but allows me to connect with a single culture on a deeper level, it becoming the base off of which I build onto and refine my self.

Even if you think you really understand a country, spending a significant amount of time in a country you think you know, whether it be because you have family abroad or a lineage that stretches back to a county you’ve never been to, can be an incredible experience. Whatever the situation, travel and cultural interaction is education on-the-go. We all are such unique individuals, and exploring that uniqueness is the best of educational experiences. The difficult balance is finding the perfect space between tradition and individuality.

Our globalized world advances at breakneck speeds, and is expecting us to change with it. Yet diversity is a beautiful and delicate thing, something that characterizes our entire generation: it’s what makes each one of us unique. For me, it’s not a question of picking one side over another, but of finding that “just so” blend. That can only happen when you explore all of your sides, not when you focus on just one.